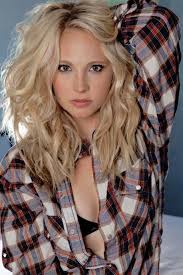 Candice Accola was born on 13th May, 1987. She was born in Houston, Texas, USA. In 2006, she began venturing into music with her debut album, It’s Always the Innocent Ones. She has also toured as backup singer for Miley Cyrus Best of the Both Worlds Tour. She is famous for portraying the character as Caroline Forbes in the television series named The Vampire Diaries. Her parents are Carolyn and Kevin Accola. Candice Accola has got her first recognition in 2006 by releasing her first studio album which was named as “It’s Always the Innocent Ones. Don’t forget to check Barbara Bach and Shiri Appleby Wiki.

After that year, she began her professional acting career as a guest appearance in television series named How I Met Your Mother and played small roles in the movies like Juno, On the Doll and Pirate Camp. Then she appeared in the horror movie named Deadgirl. Her popularity came in 2009 with the cast for the Caroline Forbes character in The Vampire Diaries. The series had a huge hit and she got international fame and critical acclaim for her outstanding performance in it. She got married to a musician named Joe King in the October of 2014. The were after first mate at a Super Bowl event in 2011. She got a huge popularity with the role of Caroline Forbes in the hit series named The Vampire Diaries in 2009.