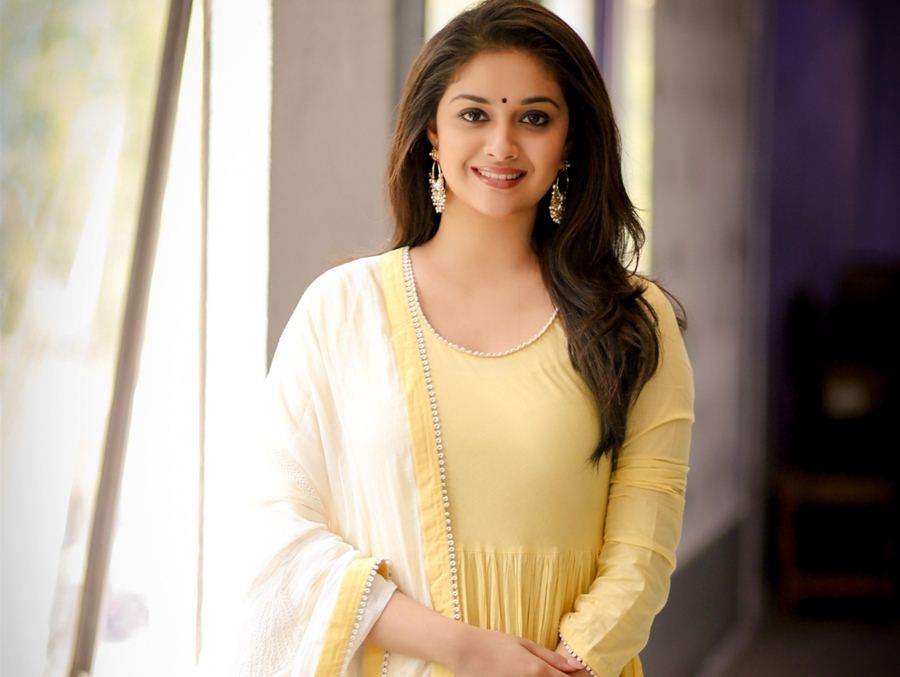 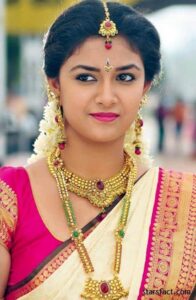 Keerthi Suresh Career: Keerthy started her acting career as a child artist in the films like Pilots, Achaneyanenikkishtam and Kuberan. She made her debut as a lead actress in the horror film named Geethaanjali. In this movie, she played a dual role. In 2014, She shared screen space with Dileep in Ring Master directed by Rafi, which became the super hit. She works in several Malayalam and Tamil films. In 2016, Keerthi made her debut in Telugu Film Industry with the movie Nenu Sailaja opposite Ram. She will also be seen in Telugu movies titled “Nenu Local” and “Aina Ishtam Nuvvu”. She also has several Tamil and Malayalam movies in her kitty.