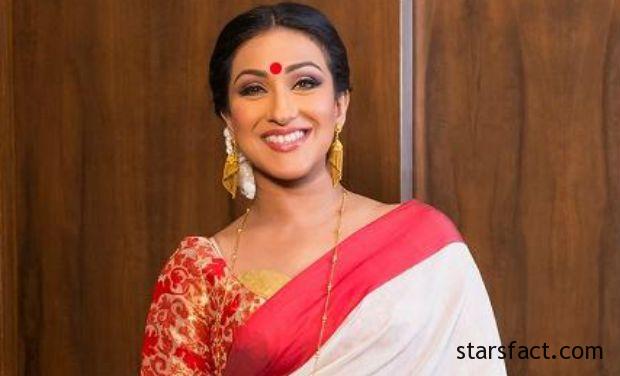 Rituparna Sengupta is an The Indian-Bengali film actress. She was born on 7 November 1971 in Kolkata, West Bengal, India. Ritu mainly works in Bollywood, Bengali & Bangladeshi films. She also works in Malayalam & Telugu films. She made her debut in the film “Shwet Patharer Thala”. Rituparna made her Bollywood debut by the film “Teesra Kaun,” Malayalam Debut by the film “Kadhaveedu” & Telugu debut by the film “Ghatotkachudu”. After that, she appeared in many films like Dahan, Attiya Sajan, Anuranan, Alo, Dwitiya Basanta, Muktadhara, Abujh Mon, Moner Manush, Sasurbari Zindabad, Mondo Meyer Upakhyan, Alik Sukh & much more.

Her current age 45 years, height 5 feet 5 inches, weight 58 kg, body measurement 34-26-35 inches & Sun/Zodiac sign Scorpio. Her father Prabir Sengupta & mother Nandita Sengupta. Ritu did schooling from Mount Carmel School. After that, she completed her graduation in History from Lady Brabourne College. After that, she completed M.A in History from the University of Calcutta. In 1990, she married to Sanjay Chakrabarty. She has two children, Ankan (son) & Rishona Niya (daughter). For her contribution to The Indian Cinema, she received Bharat Nirman Award, National Film Award for Best Actress, Anandalok Puraskar, BFJA– Best Actress Award, Kalakar Award, Filmfare Award & many others.