Home BEAUTY Makeup The fragrances and colognes of Frederick Malle 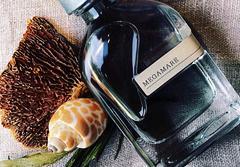 Frederic Malle is the man behind the niche fragrance company Editions de Parfums Frederic Malle. As the grandson of a family that worked in the perfume industry (Frederic’s grandfather founded Christian Dior Perfumes and his mother worked as an Art Director for the same company), Frederic was exposed to the inner workings of the industry at a young age.

After initially choosing to study Art History in New York, Frederic changed his mind in 1986 and accepted a job at the renowned perfume lab Roure Bertrand Dupont. Frederic studied raw ingredients, composition and all aspects of perfume creation at Roure, where some of the industry’s finest professionals taught him.

Mark Birley for Men, published in 1996, was Frederic’s collaboration with Pierre Bourdon. Frederic, who had worked in the industry for more than 15 years, decided to embark on an exciting new venture.

Frederic invited nine top perfumers to create their own original perfumes in 2000, using his connections and experience in the industry to create them with complete creative freedom, and no financial restrictions regarding ingredients or technologies. In a first for the fragrance industry, these fragrances were packaged in bottles that included the perfumer’s name; traditionally, perfumers are behind the scenes, and credit for the scent is given to the fashion house or celebrity. The perfumes were sold in a specially-designed store that featured photographs of each perfumer and refrigerated cabinets for storing and displaying the scents. There were also partnerships with select department stores around the world where the perfumes were sold.

The result was a monumental success, with the original nine perfumes now legendary in the industry and the perfumers behind each design finally getting the recognition they deserved.

Malle describes himself as an “editor of perfumes” and has since worked with other prominent perfumers (which he refers to as “authors of perfumes”) to “publish” more Editions. The Editions de Parfums Frederic Malle have expanded to offer candles, innovative home scents, soap and body care products, all created with the same level of freedom as the first nine fragrances. 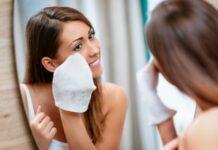 What is the purpose of make-up remover cloth?