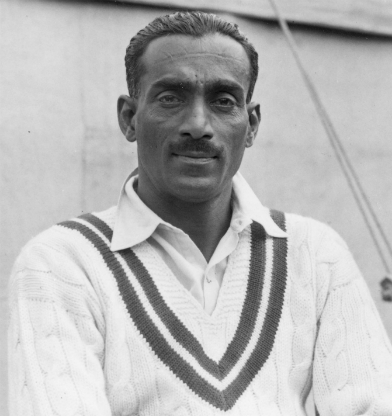 Facebook
Twitter
Google+
Pinterest
WhatsApp
C. K. Naidu was a great and respected person in Indian cricket. He was the first Test captain of the Indian cricket team. He was a right-handed batsman and was a slow-medium pace bowler with a right hand. He made 153 runs including 11 sixes and 13 fours for the Hindus in the Bombay Gymkhana ground on behalf of MCC under the leadership of Arthur Gilligan in 1926-27. In the first Test of India in Lord’s in 1932, he was the top scorer with 40 in the first innings. He scored a total of six hundreds on the tour and the average of the batting average at an average of 37.59. He also took 79 wickets. He was also playing in three test matches against England in 1933-34 and played in three test matches during the 1936 tour. He took 4 wickets for 21 runs in the second innings, in which Vijayanagar helped the only defeat of the tour on the MCC side of D. Jardin in 1933. 34. His younger brother C. s. Naidu also played Test cricket for India. In 1956 he was honored with Padma Bhushan.