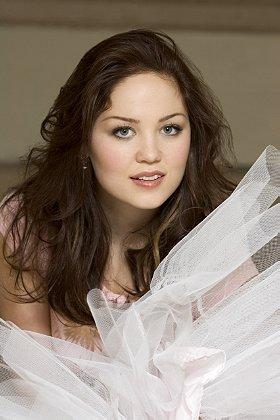 Erika Christensen was born on 19th August, 1982. She was born in Seattle, Washington, USA. She played a wonderful role in Disney’s Leave It to Beaver where she played the lead role. She was welcome by numerous fans for her performance. She then continued to appear in several television series like The Practice, Nothing Sacred, Frasier, Touched by an Angel, 3rd Rock from the Sun etc. She performed as Caroline Wakefield in the movie Traffic in 2000. She won the MTV Movie Awards for Female Breakthrough Performance on Traffic. Now she plays the role of Julie Braverman-Graham character in the television series Parenthood. She is highly active on the social networking sites like Twitter and Instagram. She always shares her pictures and posts with her fans. She has a very warm almost 90 thousand followers in Instagram. This proves that she has great popularity. She has almost 1K tweets on her account. You may also like to read Claudia Christian and Melinda Clarke Age.

She has been dating with Cole Maness from many days and it has been known that the couple have already got married. Before marriage, some sources said that the couple is living together. She has earned the Screen Actors Guild Awards for her outstanding works in Traffic. Her works in other movies and TV shows has also got so much popularity.