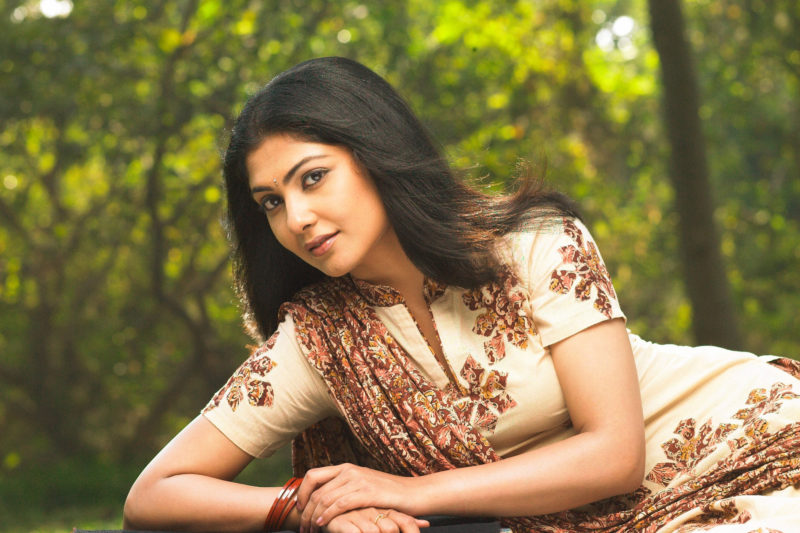 Kamalinee Mukherjee also known as Kamalini Mukherjee, is an The Indian film actress. She has appeared in Telugu films as well as Tamil and Hindi language movies. After graduating with a degree in English literature, she completed a workshop on theatre in Mumbai because of her strong background in it. She made her acting debut in Phir Milenge (2004), a film that was based on the subject of AIDS. Though it went unnoticed, she gained recognition in the multiple-award winner, Anand (2004).

Mukherjee was born and brought up in Calcutta, India. While her father is a businessman, her mother is a garment designer. She is the eldest of the three siblings in the family. Owing to her “love for being on the stage” since childhood, she acted in all sorts of amateur and professional stageplays while in school and college. Incidentally, she always portrayed masculine characters in these plays. Besides theater, she developed a love for reading spiritual works, painting and writing poetry. Just before she began her acting career in 2004, she had written three poems, each of these titled as Thoughts, Confusion and Solitude for poetry.com, a poetry-based website. One of these poems was selected for an International Poetry Contest, where along with one of the 150 people all over the world, she was invited to Washington, D.C. for a seminar that was presided over by Dalai Lama. Besides writing poetry, she also underwent several years of training in Bharatanatyam, an The Indian classical dance form.