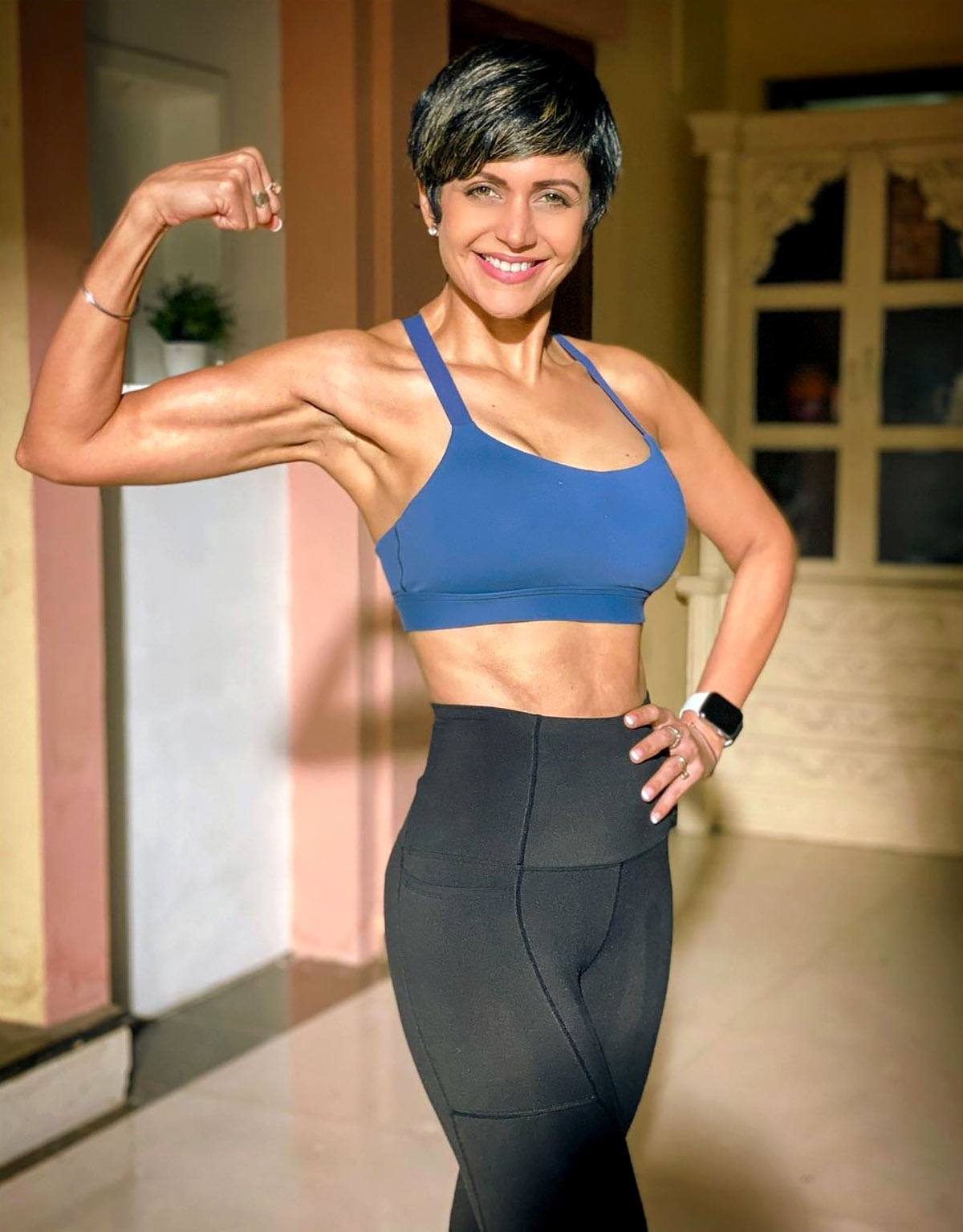 Mandira Bedi is one of the sizzling actresses, models and TV presenters of the Bollywood TV industry. In India, she was a leading fashion designer. She was born on 15 April 1971 in Kolkata, India to Virender Singh Bedi and Gita Bedi. Her father worked on the ICI, and her mother was a homemaker. She is known as Mandy to her closers. Mandira had passed her young age at South Bombay. She completed her schooling from Cathedral & John Connon high School. Mandira did her graduation from St. Xavier’s College and pos-graduated from Sophia Polytech, Mumbai.

She is very interested in glamor world since her young age. She started working at Ogilvy and Mather advertising agency and then she was offered to the small screen. Her debuting show was Shanti in 1994 as the lead role Shanti. After that show, she was signed for Kyunki Saas Bhi Kabhi Bahu Thi in 2001. Then Mandira Bedi did many serials and shows as the lead actresses or anchors including CID, Fame Gurukul, Deal Ya No Deal, Fear Factor India, Funjabbi Chak De, Jo Jita Wohi Superstar, etc. She debuted Bollywood by the film Dilwale Dulhania Le Jayenge, and other films are Shaadi Ka Laddoo, Manmadahn, etc. She got married to Raj Kaushal a famous Bollywood film Director and Producer on 14 February 1999. Now they have a baby boy named Veer Kaushal.