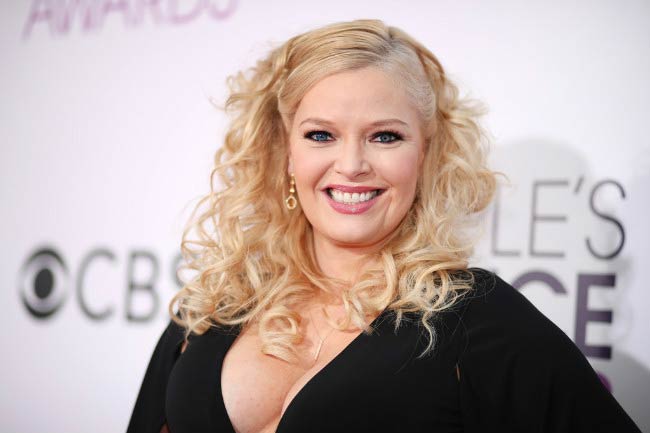 Melissa Peterman blankets millions of hearts and minds performing the dim-witted Barbara Jean on the television series Reba. This comedienne is now focused on Dancing Fools and also return as Bonnie Wheeler in the second season of Baby Daddy. She is also a host. Melissa will host the ABC Family game show Bet on Your Baby. She has been satisfying with her family life. After married John Brady in 1999, she gave birth a beautiful Son.She was born on 1st July 1971. Melissa Peterman is from Minneapolis, Minnesota. She is a USA citizen.

She completed her graduation from Minnesota State University. Theater was her major. That’s because of her acting capability she got cast as Madeline Monroe which is a Hey City Theater’s Production of “Tony & Tina’s Wedding.” She was a well-trained performer as because of she did perform more than 600 stage performance. But she did not keep quiet, and after then she started her writing career as a professional writer and also a performer at the improvisational comedy theater, “The Brave New Workshop.” She is also a promising host, who did host the Singing Bee on the CMT Network. In 2010 she got a great chance as a host the Red Carpet for the CMT music awards.