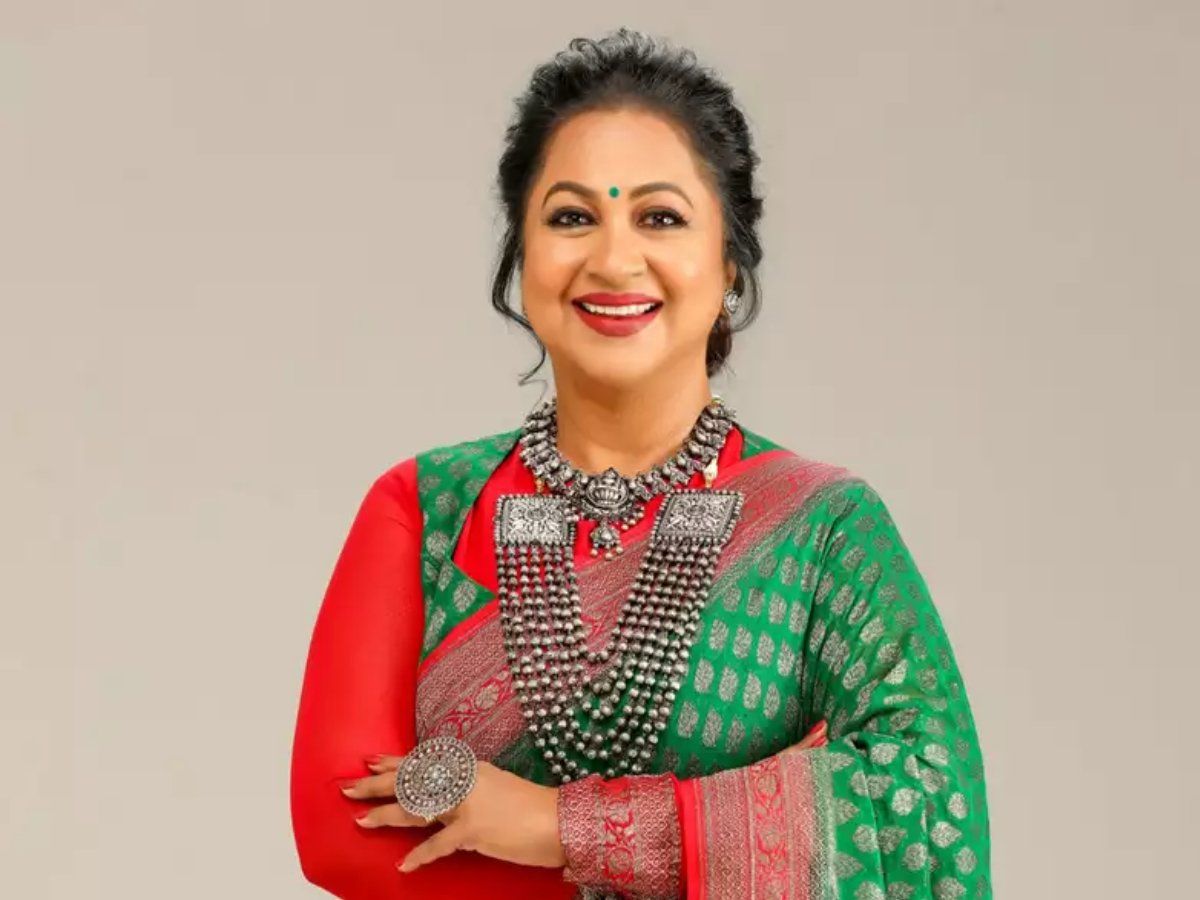 Raadhika Sarathkumar is an amazing film actress, successful entrepreneur, and producer of The Indian film industry. She had appeared in Tamil, Telugu, Malayalam and Hindi film as well. Raadhika was born on 21st August in 1963 in Colombo, Srilanka. Her father Mohan R. Radha is the late Tamil actor and comedian and her mother Geeta Radha is a Srilankan woman. She completed her academic study in Srilanka and United Kingdom. She has a sister named Nirosha and a half-brother named R. Radha Ravi. You may also like to read Ananya and Roopa Ganguly Biography.