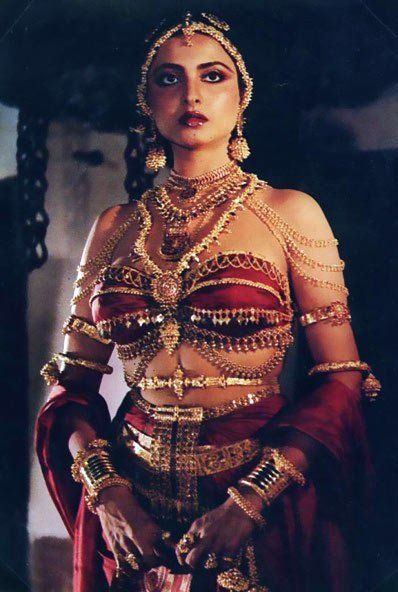 Rekha Ganesan was born in the year 1954 on 10th of October. She was born in Chennai, Tamil Nadu state of India. She is popularly known as Rekha. She joined the film industry because of her financial troubles. She quite her education in order to pursue her career in the film industry. She is very fluent in languages like Tamil, Telugu, English and Hindi. Rekha appeared in a Telugu film named Rangula Ratnam as a child artist in the year 1966. She made her debut as an adult actress in the year 1969 with a super hit film. The name of her debut film was Operation Jackpot Nalli C.I.D 999. Her debut in the Bollywood film industry was in 1970. Sawan Bhadon was her first Bollywood film. After that, she appeared in a numerous number of Bollywood films and one survey says that she appeared in more than 180 Hindi films. She appeared in the super hit film Koi Mil Gaya where she appeared with Preety Zinta and Hrithik Roshan.

After that, she appeared in another super hit film Krish with Hrithik Roshan and Priyanka Chopra. Because of her contribution to the films, she was honoured with the Padma Shri Award in the year 2010. Rekha Ganesan’s father was a Tamil superstar named Gemini Ganesan. And her mother was a Telugu actress named Pushpavalli. When Rekha was born, her parents were not married yet. Thus she did not get the paternity at the very beginning. Her father got married to Alamelu after his subsequent intimate relationships with the actresses Savitri, Pushpavalli and Julianna. Rekha has 6 sisters and one brother. The name of her sisters is Radha Usman Syed, Kamala Selvaraj, Vijaya Chamundeswari, Narani Ganesh, Jaya Shreedhar and Revathi Swamindathan. The name of her brother is Sathish Kumar Ganesan.

She is now one of the most popular and famous actresses of Bollywood film industry. She appeared in many hit films during her career of long four decades. Rekha got married to an industrialist in the year 1990. The name of her husband was Mukesh Aggarwal. Unfortunately, her husband committed suicide in the year 1991. On that time, she was in London. During the suicide, her husband left a suicide note where she wrote Don’t blame anyone. They had no children and this period is considered as her deepest period of her life.