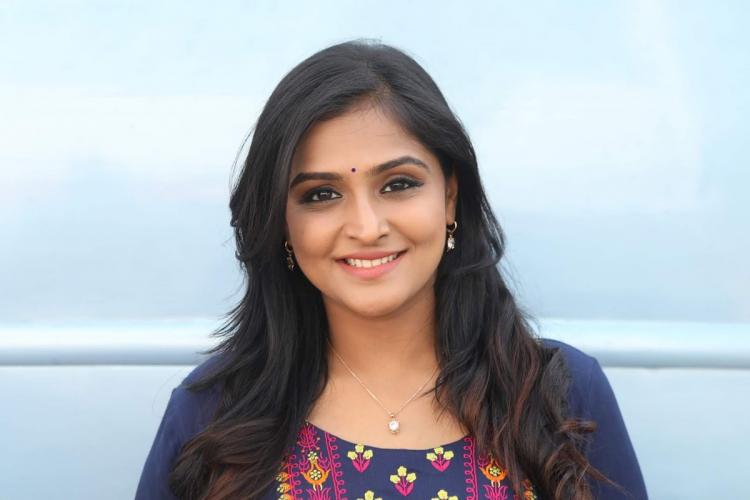 Remya Nambeesan is an Indian Film Actress and Playback Singer who appears in South Indian films. She was born on 1 January 1986 in Chottanikkara, Kochi, Kerala, India. She became famous for playing role in the film “Pizza” & “Sethupathi”. She also sang popular songs such as “Andelonde” & “Kanavil Kanavil”.

Her father’s name Subrahmaniam Unni, who was former theatre artist and her mother’s name Jayasree. She has a brother named Rahul Subrahmanian, who has worked as the music director and a playback singer. Remya studied from Mahatma Gandhi Public School, Ambadimala near Chottanikkara. She completed her graduation in Communicative English from St. Teresa’s College, Ernakulam.

She has acted in over 30 films and has sung over a dozen songs. Remya made her acting debut in the 2000 Malayalam film Sayahnam. Here she acted as a child artist.  She played her first leading role, as a bold dance teacher, in the 2006 film Aanachandam. She made her Tamil debut with Oru Naal Oru Kanavu in 2005. Her other notable roles include in the films Pizza, Left Right Left, Philips and the Monkey Pen, Lukka Chuppi, Jilebi, and Sethupathi.

Her first playback song is “Aande Londe” for the film Ivan Megharoopan. She is famous for her song “Muthuchippi Poloru” for Thattathin Marayathu. In Bachelor Party, she was seen in a “very stylish role”. Remya has occasionally worked as a television presenter. Before starting her film career, she was hosting a phone-in music show Hello. She has sung several numbers for devotional albums on Chottanikarai Bhagavathi.