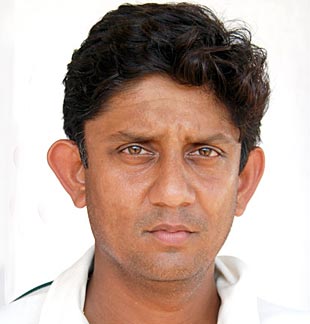 Sairaj Bahutule is a former Indian cricketer who represented the Indian national team in Tests and ODIs. He played 2 Tests and 8 ODIs for India as an all-rounder. He was born in 1973 in Bombay, Maharashtra. He represented Mumbai and later on Vidarbha in domestic cricket. He also played in England for Surrey Championship side Reigate Priory in the Premier Division. In June 2014, he was named as the coach of the Kerala cricket team. He was appointed coach of the Bengal cricket team in July 2015.