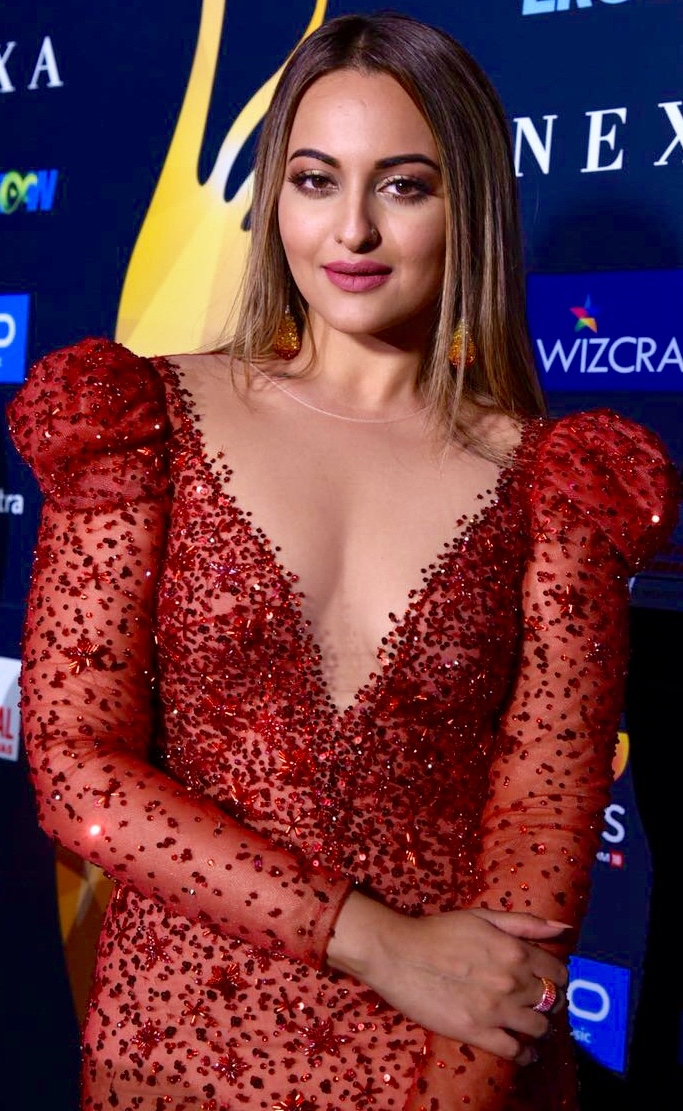 Sonakshi Sinha is one of the gorgeous film actors of India. She was born June 2, 1987. Her father’s name Shatrughan Sinha, mother Poonam. They both are actors. Sonakshi Sinha Completed her schooling at Arya Vidya Mandir. Then completed graduation in from Shreemati Nathibai Damodar Thackersey Women’s University. Sonakshi started her career as a designer. In 2010 she made her debut in Hindi film Dabbang. It was a blockbuster movie. She played the role opposite to Salman Khan. She received a Filmfare Award and the IIFA Awards for this film. Then her second film released against Akshay Kumar. The name of the film Rowdy Rathore. The film was another blockbuster movie of Sonakshi. Then released her third movie directed by Shirish Kunder the Joker, but this time, it achieved negative review. You can check Urmila Matondkar and Nikita Thukral Height.

In 2012 Son of Sardar released. Her fourth film. Then released her film Dabangg 2, Directed by Arbaaz Khan. It also received a great economic response. In 2013 she appeared in Vikramaditya Motwane’s romance-drama Lootera opposite Ranveer Singh. Sonakshi appeared in Milan Luthria‘s film Once Upon ay Time in Mumbai Dobaara! This film was the  sequel to Once Upon a Time in Mumbaai. In this, she was paired with Akshay Kumar, as well as Imran Khan. She then played a role in Tigmanshu Dhulia’s Bullett Raja. In this film, she worked opposite Saif Ali Khan. The film was a box-office flop. Her film of the year was R… Rajkumar opposite Shahid Kapoor. The film gave her commercial success. In 2014 she was seen in Holiday: A Soldier Is Never Off Duty. Her second released in 2014 was Action Jackson. In recent her film Akira has been released.