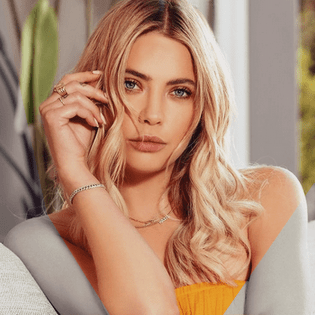 Ashley Benson was born on December 18, 1989 in Long Beach, California. She has been dancing competitively since she was two years old, with dance forms such as hip hop, jazz, tap and lyrical. She has also been singing since she was five. She is best known for playing Abigail Deveraux on the soap opera Days of our Lives and Mia Torcoletti on the supernatural series Eastwick.

She currently plays Hannah Marin on the television series Pretty Little Liars. She was then cast as Brit in the 2013 thriller film Spring Breakers. Her performance as Hanna Marin in popular mystery-thriller television series Pretty Little Liars is considered to be her career’s breakthrough performance which helped her in gaining wider international fame. For her outstanding work in both industries, Ashley Benson has been given a number of awards so far including Young Hollywood Awards and Teen Choice Awards.