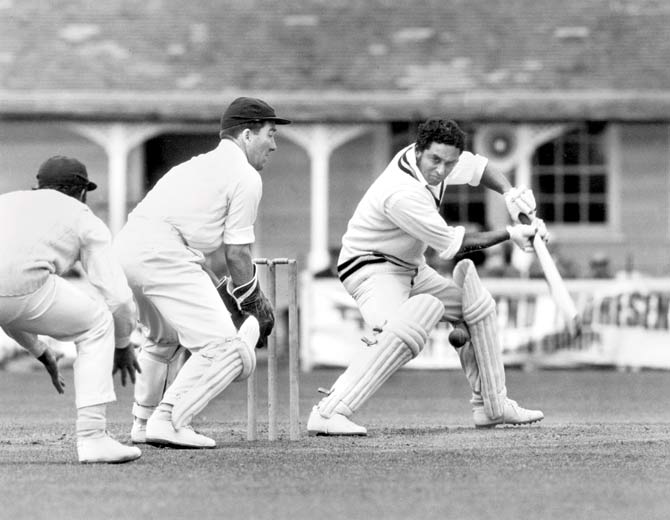 Dilip Sardesai was an Indian cricketer who represented the Indian national team in 30 Tests. The right-handed batsman was the only cricketer from Goa to play for India. He was born in 1940 in Margao, Goa. He played some memorable knocks which saved India from the jaws of defeat and also played some outstanding innings which resulted in wins for India. His 79 and 87 in the 5th and final Test in the five Test series against England in 1963–64 helped India manage a draw after being made to follow on. In the 1970-71 tour of West Indies, he hit 212 in the first Test to take the total to 387 after India were reduced to 5 for 75. In the next Test at Port of Spain, his innings of 112 led to India’s first win over West Indies. He scored 150 in the 4th test after India was 70 for 6. It was India’s first series win over West Indies which led Vijay Merchant, the chairman of selectors, calling Sardesai the “renaissance man of Indian cricket”. He hit 54 and 40 at the Oval in 1971 against England which led to an Indian win and also the series. He represented Bombay in 13 Ranji trophy seasons appearing in 10 finals and losing none of the matches. He retired from all forms of cricket at the end of 1972-73 seasons. He passed away in 2007 at the age of 66.

Aptoidey Very Informative News Website Where You Can Found Latest News. Also You Can Visit justspine.