Kapil Sharma is a popular Indian actor, television presenter, stand-up comedian and producer. He shot to fame after emerging as the winner of the comedy reality television show The Great Indian Laughter Challenge in 2007. He appeared in numerous comedy reality shows as a participant as well as a host including the Sony’s Comedy Circus, winning six seasons of the show. He was a contestant in the show Ustaadon Ka Ustaad. He hosted dance reality show Jhalak Dikhhla Jaa Season 6 and another comedy show Chhote Miyan. He started his own show Comedy Nights with Kapil in 2013 under his banner K9 Productions on Colors. In 2015, he co-hosted the 60th Filmfare Awards along with Karan Johar. He appeared as a presenter in the fourth season of Celebrity Cricket League, 2014. He featured as a guest on the opening show of the eighth season of the game show Kaun Banega Crorepati and also as a celebrity guest on The Anupam Kher Show. In 2017, he appeared as a guest on the show Koffee With Karan.

He made his Bollywood debut with the movie Kis Kisko Pyaar Karoon, a romantic-comedy directed by Abbas Mustan, in which he played the male lead. After Comedy Nights with Kapil came to end, he started a new show titled The Kapil Sharma Show by signing a contract with Sony TV. After its final episode, he began working on Sony Entertainment Television for The Kapil Sharma Show under his K9 Productions. He won several awards in his career including Indian Television Academy Awards for Best Actor (Comedy) for Kahani Comedy Circus Ki and Comedy Nights with Kapil and CNN-IBN Indian of the Year awards 2013 in the Entertainment category. 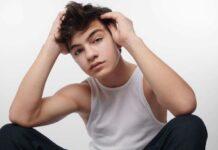