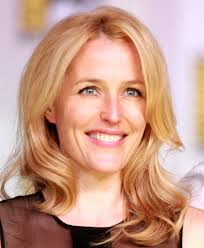 Gillian Anderson was born in the month of August in 1968. She was born in Chicago, Illinois, U.S. She took her education from The Theatre School of DePaul University from where she gained a Bachelor of Fine Arts degree in 1990. She had her film debut in the film named The Turning in 1992 and there she played the role of April Cavanaugh. In the next year, she had her breakthrough performance with the appearance as Dana Scully in The X-Files. You may also like to read Kirstie Alley and Katherine LaNasa Age.

For her outstanding performances, she won different awards such as the Primetime Emmy Award and the Golden Globe Award for the Best Actress in 1997. She got married two times in her life. She had her first marriage in 1994 with Clyde Klotz. Clyde Klotz was the assistant art director of the movie named The X-Files and they both were met on the show’s set. The couple has a daughter named Piper Maru. She got divorced from her first husband in 1997. She then married Julian Ozanne in 2004 and again got divorce in 2006.Then she started to date with Mark Griffiths. They have two sons named Oscar and Felix. Though their relationship had a huge popularity but they ended it up in 2012.  Now she is single with three children two from Mark Griffiths and one from her first husband Clyde Klotz.